Bring ISIS fighter to justice for the genocide they are committing 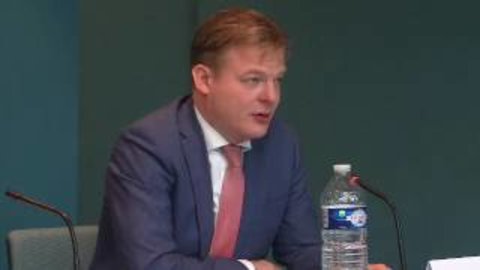 Experts as well as political bodies have clearly expressed that fact.
The United Nations Independent International Commission of Inquiry on the Syrian Arab Republic came to that conclusion last year.
The parliamentary assembly of the council of Europe, the European Parliament and the American House of Representatives recognized it, as did many governments.

Under the genocide convention countries are obliged to take action: to stop the genocide, to protect victims and to punish the perpetrators.
ISIS fighters come from nearly 100 countries. At least 5000 come from European countries, hold European passports. Yet none of them faces trial for genocide, even though ISIS itself clearly states it intends to commit genocide. The world community is failing the victims of ISIS, but also failing to keep their own countries safe.

A government cannot claim to be tough of crime, often petty crime, if it leaves people who actively participate in an organization that commits genocide of the hook.
And why did we have special tribunals for nazi’s after world war II and after recent genocides, but are we not taking any action so far?

In the parliamentary assembly of the council of Europe I am writing a report on how to prosecute these ISIS fighters. A first version of that report can be found her:

Last week we held a hearing which you see on top of this artcile, in which almost 100 MP’s from 47 countries participated.
The following three speakers participated:

Nadia Murad, a Yazidi survivor of kidnap by ISIS and winner of the 2016 Václav Havel Human Rights Prize (at 10:30)

Ewelina Ochab, a legal scholar on the ongoing genocide and author of ‘Never Again’, (at 15:47)

Geoffrey Robertson QC, who served as a UN appeal judge, as President of the War Crimes Court in Sierra Leone (which indicted Charles Taylor) (at 28:33)

This week I shall send out a questionnaire to all the 47 Member of the council of Europe (all EU states, but also Russia, Turkey, Ukraine) to understand their prosecution strategy. The report will be completed as soon as possible.